The capacity of a hard drive has to be used sparingly at the moment. In this tip I show two ways to get more storage space from an SSD.

The following deactivations under Windows 10 give you more hard drive space on an SSD hard drive.

1. Timestamp function: This function saves which file was opened, edited and created and when. Who does not and most are simply deactivate it.

2. Deactivate DOS filenames: DOS filenames are still saved for compatibility reasons, but most of these functions are not needed either and can be deactivated.

To deactivate the two functions, proceed as follows: 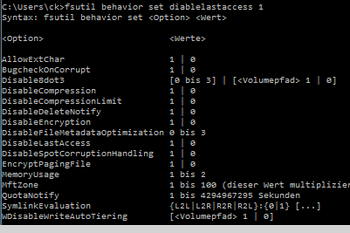