What are the big changes in Windows 11

What are the big changes in Windows 11?

The new Windows 11 operating system has long been expected by many users. But the question is, what are the big differences compared to the previous Windows 10 model? If the hardware requirements are met, the update is even available free of charge in the form of an update. However, some users are still wondering whether they should really switch, or whether they should continue to work with the relatively reliable system in the 10 version.

The appearance has been changed significantly

The most noticeable change in Windows 11 is the appearance. The start bar is in the middle of the screen and no longer on the left edge as in all previous versions. The design of the tiles was also abandoned. The individual applications have recently appeared in the form of icons. Office 365 users already know this look from office applications. The most recently used files are also displayed in the start menu. This means that you can always continue working where you left off.

There are also some widgets. This includes the well-known weather tool, which is already part of Windows 10. With Windows 11, however, it can be faded in and out as you wish. The new operating system also offers the option of freely positioning several windows on the screen. It doesn't matter where these are stored. This can make work a lot easier, because in this way you can always keep an eye on several applications. This makes it very easy to copy or move files or just elements from one application to another. 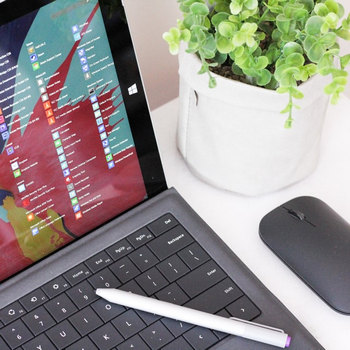 In Windows 10, the familiar tones of the operating system are still used. However, the developers of the new version have changed a lot. The notification tones are softer and more melodic. This takes some getting used to because you have to learn what the signals mean. But the time to get used to it is fast, so that no problems are to be expected in this area.

Cooperation is an essential aspect. This already played an important role in all Windows systems. In Windows 11 however, it is now taking on a new dimension. That is why the popular office application Teams is now part of the basic equipment of the new operating system. Teams can be used to do the following:

It is almost a universally usable multitool. The individual adaptability of teams is particularly advantageous. However, personalization takes place throughout the system. There are innumerable setting options in the latest version of the successful operating system. Therefore, everyone can configure the system according to their personal preferences.

Safety is a high priority

Microsoft's developers know, of course, that criminals like to attack Windows systems. That is why they set high standards in the area of ​​security. The firewall, which has been integrated for many years, has been further optimized so that it offers a very high level of protection. The Defender is also there again. These two security tools already offer pretty solid protection against most Internet threats.

However, if you want it a little more secure, you are welcome to register Install VPN for free and configure. A Virtual Private Network, as a VPN is actually called, offers a particularly high level of protection when surfing the Internet. It encrypts the data using a modern algorithm. Therefore, the data cannot be easily interpreted by criminals with bad intentions. In addition, thanks to the VPN, they are redirected via various servers. This technology also contributes to increasing security, because there can be no more traceability. Should hackers manage to gain access to the data, contrary to expectations, they can neither decrypt nor assign it.

One of the main innovations is the TPM 2.0. The abbreviation stands for Trusted platform modules. If this technology is not available, the new operating system will not be able to run. As a rule, almost all computers manufactured in 2015 or later are equipped with this technology. So far, however, it has not been activated because it was not required. If the TPM 2.0 is already available on the computer, it can be activated at any time. Then every user of the Windows 10 version has the option to switch to Windows 11 free of charge. Windows 10 will continue to be supported by Microsoft until October 2025. Therefore, there is no rush to upgrade.

For whom is the switch to the new operating system worthwhile?

Basically, the upgrade to Windows 11 is worthwhile for all users. The new operating system offers many interesting functions in the multimedia area. In addition, innovative techniques for collaboration and increased security find their way into the system. Therefore, the switch to Windows 11 is not only suitable for private users, but also for everyone who uses the PC for work.

Photo by Andrew M on Unsplash