Workstation in the superbar under Windows 7

Link the workstation in the superbar under Windows 7

Under Windows 7, the old workstation can no longer be reached so quickly with the mouse. If you would like to open your workstation (computer running Windows 7) with a mouse click on the superbar instead of the new Windows 7 library, take a look at the following tip.
To display the computer space instead of the library, proceed as follows: 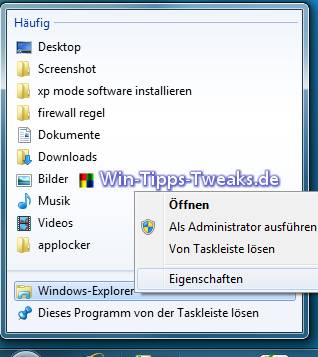 
In the target field the addition / e, If you forget the comma, the My Documents folder opens. The entire content should then read as follows % windir% \ explorer.exe / e, 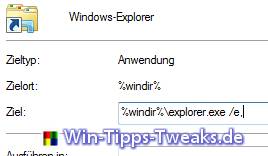 
Now confirm with OK, then Windows Explorer in the Supberbar should open the computer station directly.

Trying to make a new link with the goal % windir% \ explorer.exe / e, Stapling in the superbar didn't work. The shortcut on the desktop works anyway. 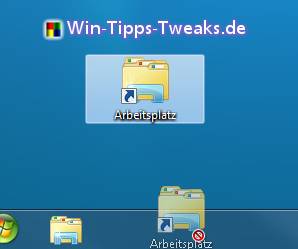 The attempt as a new link


In the introduction I wrote that the workplace can no longer be reached so quickly with the mouse, but the Keyboard fans still have the option of holding down the Windows key and then pressing the e key and thus to get to the computer station super quickly.

Warning:
Using Registry Editor or its tips incorrectly can cause serious system problems that may require you to reinstall your operating system.
Tampering with the registry files and using the tips is at your own risk.