Deactivate the function of Internet Explorer 8

If you want to deactivate Internet Explorer 8, you can use this tip to do it quickly and easily with a few clicks. The subject of browsers under Windows is also a thorn in the side of the EU. In the meantime, Windows should appear completely without a browser, which would have been a drastic deterioration for the users. Despite everything, an agreement was reached in the end, but the function to deactivate Internet Explorer 8 has remained under Windows 7. 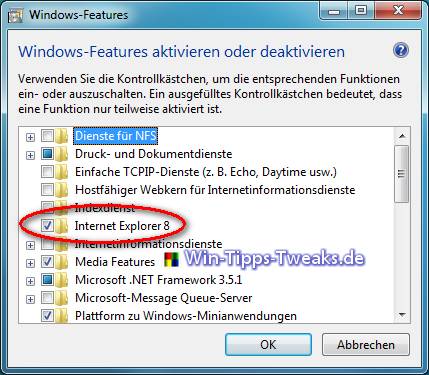 A complete deinstallation is currently not possible because Internet Explorer is integrated in the system. When deactivating, only the EXE and the icon are deleted, so Microsoft guarantees that other applications that use Internet Explorer's DLLs will continue to run.