Windows 7 wants to make setting up a home network of two or more PCs much easier with the new "homegroup" function. With just two clicks of the mouse, releases are assigned and a password is generated with which other PCs can connect to this network. However, this great simplification also has weaknesses.


For example, in addition to others, the following Prerequisite be fulfilled:


For example, in order to create a network with Windows 7 and XP, the homegroup function must first be deactivated.

To do this, enter the command "services" .


Look for the name in the following list Homegroup provider. 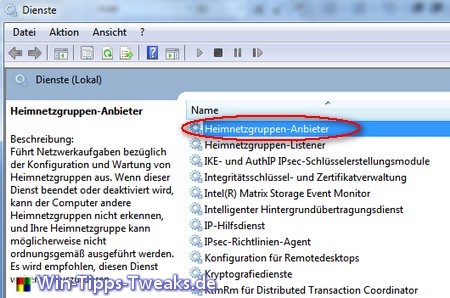 Services at a glance


The Properties its opened. In the tab General lets the service deactivate. 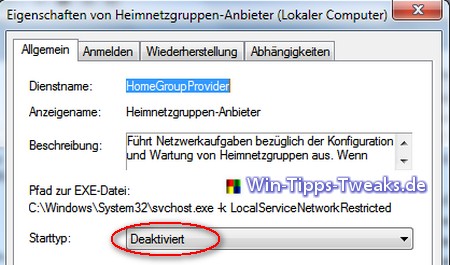 After the service has ended, a network can be created between Windows 7 and XP computers as usual without it necessarily belonging to a homegroup.

What else to look out for: